I saw a Bobby Jindal bumper sticker today. Bobby Jindal! And the car had Georgia plates, so I can only assume that this driver is envious of Louisiana and wishes we had a dead-eyed dimwitted dullard in our state house instead of whatever it is we do have. 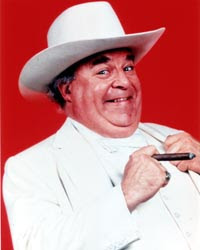 Anyway, so I wondered what Bobby Jindal was up to now. More exorcisms? More disastrous public speaking? Not quite.
(via The Hill)

By Jonathan Easley - 08/28/12 09:54 AM ET
Louisiana Gov. Bobby Jindal (R) on Monday sent a letter to President Obama saying the federal government was not doing enough to help Louisiana cover the expenses it’s taking on in preparation for Tropical Storm Isaac.
“Unfortunately, your limited declaration does not provide for reimbursement of expenses that the state is taking to prepare for the storm,” Jindal said in his letter.

Wow! That is just a stunning level of hypocrisy, especially considering that Jindal is best known for mocking the Federal government's spending on volcano monitoring. I guess that if you live in a stste that is threatened by hurricanes, Big Brother should step in and help you, but if the threat in your state is a volcano, then suck it up, ya wuss, try being self-reliant for once!

President Obama on Monday declared a state of emergency for Louisiana, which is expected to be in the path of Tropical Storm Isaac.
The action by Obama makes federal funding to the state available immediately, but Jindal said it “only provides for direct federal assistance” and doesn’t “provide for reimbursement of expenses that the state is taking to prepare for the storm.”

Oh, no! The big bad federal government is not spending enough money for this bitchy little teabagger? Funny how all of a sudden, maybe government spending isn't so bad after all?
Also, you're supposed to spend money preparing for storms. Why would you complain about not being reimbursed for money that your state is spending to protect the residents of your state? Why would someone else pay for that? That's why you're supposed to collect taxes, genius.

Jindal said Monday that he would not attend the Republican National Convention this week. He had been expected to speak on Tuesday night in the middle of a program dominated by popular Republican governors, leading up to New Jersey Gov. Chris Christie's keynote address.

Kind of hard to play the austere fiscal deficit hawk while demanding more federal money at the same time.

Also, Jindal's been a little busy lately handing taxpayer money to private voucher schools that teach things like the Loch Ness Monster disproves evolution and the Klan wasn't really all that bad. (seriously!)

Mother Jones has a list of 14 wacky "facts" these schools are teaching, using textbooks from Bob Jones University Press and other right-wing bullshit publishers. A couple of examples:

Slave masters were nice guys: "A few slave holders were undeniably cruel. Examples of slaves beaten to death were not common, neither were they unknown. The majority of slave holders treated their slaves well."—United States History for Christian Schools, 2nd ed., Bob Jones University Press, 1991

As if that were even possible. You by definition can not be treating well someone you are enslaving.

The KKK was A-OK: "[The Ku Klux] Klan in some areas of the country tried to be a means of reform, fighting the decline in morality and using the symbol of the cross. Klan targets were bootleggers, wife-beaters, and immoral movies. In some communities it achieved a certain respectability as it worked with politicians."—United States History for Christian Schools, 3rd ed., Bob Jones University Press, 2001

In some communities it achieved a certain respectability because those communities were made up of racist assholes.


The Great Depression wasn't as bad as the liberals made it sound: "Perhaps the best known work of propaganda to come from the Depression was John Steinbeck's The Grapes of Wrath…Other forms of propaganda included rumors of mortgage foreclosures, mass evictions, and hunger riots and exaggerated statistics representing the number of unemployed and homeless people in America."—United States History: Heritage of Freedom, 2nd ed., A Beka Book, 1996


Rumors of things that were actually happening all the time all over the place? How propagandistic! (is that a word? Probably not)

This one's a Beka Book. I hadn't ever heard of Beka Books, so I looked them up.


Like the eternal truth that great depressions aren't really all that bad.


Here's their take on Mathematics:


The text presents a Scriptural view of working, tithing, saving, paying taxes, and budgeting time and money and gives a positive introduction to the American free-enterprise system.


Because what better source of mathematics than the Bible, a book which never mentions anything about math!
Here's a blurb about one of their history texts:


Land I Love presents the history of America from the 1490s to the present with special emphasis on the personalities and events that shaped the American character. A variety of illustrations, maps, and photographs invite students to explore the past as they read this fascinating narrative account of U.S. history. Through the story of America’s rise to greatness, students will learn to recognize the hand of God in history and to appreciate the influence of Christianity in government, economics, and society.


Anyway, you can pretty much expect to see this sort of thing coming soon to a school near you, because if you don't think that the Louisiana model isn't going to be used as a template by the Moral Majority types who have been taking over local school boards for the last 30 years, you are more of an optimist than I. 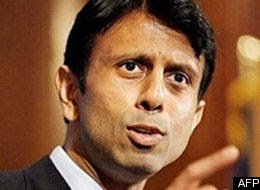