Hey, Texas Republicans, You Said That Out Loud!

The Texas Republican Party recently released its 2012 platform. As one might expect, it oscillates back and forth between crazy and stupid. There's a few dumb things you might expect, like

We also urge the Texas Legislature and the U.S. Congress to enact legislation prohibiting any judicial jurisdiction from allowing any substitute or parallel system of Law, specifically foreign Law (including Sharia Law)

You know, just because legislation is spectacularly unneccessary is no reason NOT to pass it!


Unelected, Appointed Bureaucrats (Czars) - We decry the appointment of unelected bureaucrats, and we urge Congress to use their constitutional authority to defund and abolish these positions and return authority to duly elected officials, accountable to the electorate.


Sure, let's vote for every fucking bureaucrat. I want the assistant to the under-secretary of agriculture to be directly accountable to me, the voter.  I can't have the President just going around appointing middle-managers to oversee the study of interstate traffic patterns without the voters weighing in.

Really, that's the entire bullet point. "we strongly support the Electoral College." Maybe they had to meet some minimum number of words or something?


Emergency War Powers and Martial Law Declarations - We strongly urge Congress to repeal the War Powers Act and end our declared state of emergency. Any Declaration of Martial law should be approved by Congress.


Because the president could be declaring martial law any minute without that Congressional check.
Also, wouldn't it be better to say "No Martial Law?" Why say no martial law unless. . . ?


Yeah! I am so sick of the feds building roads and then giving them to the Belgians!
Also, um, you do know Interstate 10 already runs through Texas, right? I-10 is a federal road. A federal road through Texas. So you've kind of already lost this battle. Sorry.


'Cuz don't tell me I can't dump my leftover meth chemicals in the drinking water!

Judicial Nominees - We urge Republican Senate leadership to ensure that a record vote is taken on every judicial nominee.


Wow! When even the Texas Republican Party is fed up with your constant filibustering, maybe it's time to knock it off!

But there are a couple of planks in this platform that are truly shocking, even by Texas Republican Standards. First, there's this: 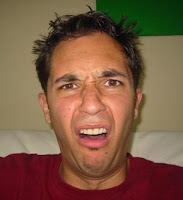 Wow! Um, guys, you're supposed to pretend that you don't intend to engage in voter suppression.

Oh, but that's nothing compared to this:

Knowledge-Based Education – We oppose the teaching of Higher Order Thinking Skills (HOTS) (values clarification), critical thinking skills and similar programs that are simply a relabeling of Outcome-Based Education (OBE) (mastery learning) which focus on behavior modification and have the purpose of challenging the student’s fixed beliefs and undermining parental authority.

Isn't challenging the student's fixed beliefs the whole point of education?
Oh, no we can't have that.
Let's say a student has a fixed belief that an old man who lives at the North Pole brings all the children of the world toys once a year. Sure would hate to have him ever challenge that belief!
Or let's say a kid has a fixed belief that the sun rises every morning out of the Gulf of Mexico, flies across the sky every day, then sets down in the Sea of Cortez each evening, because that's sure what it looks like. Can't have that belief challenged!

I know Republicans don't really like people to use critical thinking skills, but holy shit! You're not supposed to say that out loud!