He's at it again!

Is U.S. Now On Slippery Slope To Tyranny?

When Adolf Hitler was building up the Nazi movement in the 1920s. . . .
Stop! Okay, just stop there. There's no good way out of this. You can't begin with a Hitler analogy and end up anywhere other than crazyville. Cut your losses and stop now!

When Adolf Hitler was building up the Nazi movement in the 1920s, leading up to his taking power in the 1930s, he deliberately sought to activate people who did not normally pay much attention to politics.

So anyone who seeks to get people interested in politics is, um, wait. . .I know this one, Hitler? No, wait Stalin! No, Hitler. Final answer.

Rock the Vote: Hitler. League of Women Voters: Hitler. Got it!

"Useful idiots" was the term supposedly coined by V.I. Lenin to describe similarly unthinking supporters of his dictatorship in the Soviet Union.


In our times, American democracy is being dismantled, piece by piece, before our very eyes by the current administration in Washington, and few people seem to be concerned about it.

Yes, why aren't more people concerned with imaginary, made-up threats to the nation? I for one am losing a lot of sleep over the army of Yetis amassing at the Canadian border, but no one else seems too concerned.

The president's poll numbers are going down because increasing numbers of people disagree with particular policies of his, but the damage being done to the fundamental structure of this nation goes far beyond particular counterproductive policies.

Really? Fundamental damage? Like when President Obama decided that he could wiretap Americans without a warrant, make habeus corpus optional and expose an undercover CIA agent out of spite. . .Oh, wait! That wasn't him. That was the last guy, so those changes are not bad in any significant way. It's a good thing ya done that, George, a real good thing! 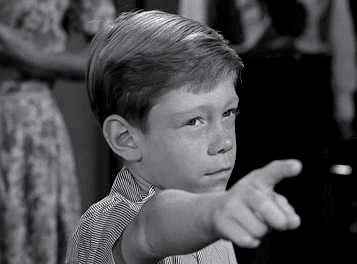 Just where in the Constitution of the United States does it say that a president has the authority to extract vast sums of money from a private enterprise and distribute it as he sees fit to whomever he deems worthy of compensation?

The same place it says that a citizen can be declared an "enemy combatant" and held indefinitely without charges?

And yet that is precisely what is happening with a $20 billion fund to be provided by BP to compensate people harmed by their oil spill in the Gulf of Mexico.

Sure, if by "precisely" you mean "not really."

But our government is supposed to be "a government of laws and not of men."

But the Constitution says that private property is not to be confiscated by the government without "due process of law."

Of course, nothing was "confiscated," but I'm going to go ahead and just assume that that won't be a relevant distinction.

Technically, it has not been confiscated by Barack Obama, but that is a distinction without a difference.

No it isn't! You can't just say "oh, well there's no difference," as if saying makes it so! You can't complain about property being confiscated and then say that the fact that it has not been confiscated is not relevant.

Hello, police? I'd like to report my car stolen. Well, technically, I traded it in on a newer model, but that hardly seems germane to the matter at hand!