How much Dumber can Steve King (R-IA) Get?

At the recent "Taking Back America" clusterfuck of misinformed nut sacks, Representatives Steve King and Tom Price apparently set out to prove that Iowa has the nation's dumbest Congressional delegation. And how would they do that? How could they pull ahead of Minnesota's combination of Michele Bachmann and whoever else they have? (honestly, they could have Steven Hawking and the faculty of Harvard, and Bachmann would still pull the average down into the cellar)

Well, the two of them got together and presented an award.

To Joe the Plumber. 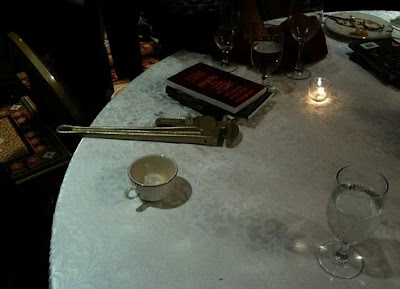 Apparently, the award (pictured here) was the "Golden Pipe Wrench."

Now if it were anyone but Steve King, I would be tempted to think that the Golden Pipe wrench was kind of a snide, passive-aggressive way of saying "stick to plumbing, and let the grownups discuss politics," but no, I'm pretty sure this award was given sincerely.

Instead of the "Golden Pipe Wrench," here are five plumbing-themed awards that I think would be more appropriate for Joe: 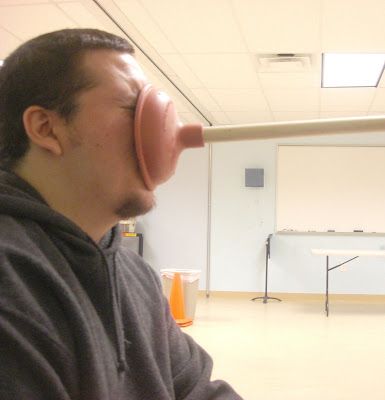 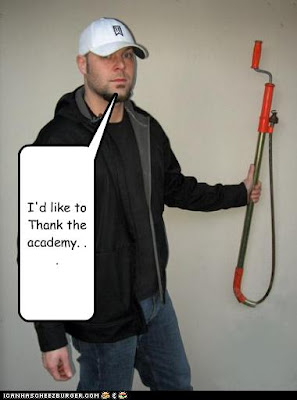 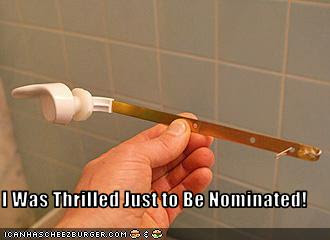 
And the Number one most appropriate plumbing-themed award for Joe the Plumber is...
(and who didn't see this coming?) 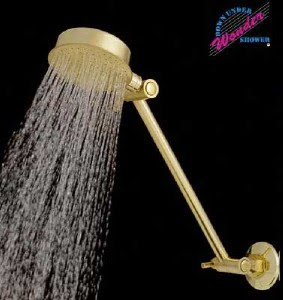 The GOLDEN SHOWER!
Posted by Professor Chaos at 5:24 PM 1 comment:

It's Never Too Soon to Start Slandering the Dead Guy 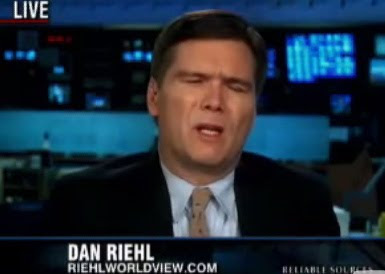 So what does Dan Riehl have to say about the tragic death of Bill Sparkman? Well, here's his headline:

Seriously. I copied that right off of his fuckawful website. (LINK)

Here's more:
Update: Before any more people start going bonkers that I'm accusing Sparkman of anything, take a breath. I've done a fair amount of crime blogging mixed in with politics over time. One doesn't rule anything in or out without some firm answers. People feel free to speculate about Meth labs and pot fields but none have been reported in the area, yet. All I'm doing is looking at any and all possibilities.
So, yeah, if people are speculating that he might have been killed by drug trafficers, then sure posthumously libeling the guy as a possible sexual predator seems like the moral equivalant of that.
Oh, and Dan, um, having done some "crime blogging" doesn't give you any expertise or proficiency or whatever it is you're trying to imply here. Anyone can start a blog. I did. And what the hell do I know about anything? I could spend the next several months blogging about the NFL and that would not make me any more of an authority on football than I am now (which is to say, "meh?")

I have no idea what happened, but from the reporting I've seen, neither does anyone else. If he adopted a boy as a single man, or was married and split with the wife and kids, who knows. But I never assume I know a story or motive until I know it. Right now we don't. I'm simply speculating on one possible alternative, however impolite.
Yeah, obviously you have no idea. I'm guessing you have no idea about a lot of things. That does not translate into license for wild and vile speculation.

The strangest quote I've seen in all the reporting around apparently murdered Census worker Bill Sparkman is this one from his Mother located in Florida.

“I have my own ideas, but I can't say them out loud. Not at this point,” she said. “Right now, what I'm doing, I'm just waiting on the FBI to come to some conclusion.”

See, that's not actually strange at all. She is doing what a rational person does. She may have her suspicions about who murdered her son, but she's not going to slander the suspected culprit until the FBI concludes its investigation.

Finally Sparkman's bio and work history suggests at the least he was not just your average guy. No teaching degree, no full-time means of employment
and no wife or kids so far as I am aware.
Oh, My GOD! I also don't have a teaching degree. And there was a long period in my life when I also was un-married! And I was unemployed at the same time! Oh, Fuck! I'm a pedophile! Lock me up!

. . .no wife or kids so far as I am aware. But he certainly did gravitate towards children. I can't help but wonder if this wasn't a revenge killing disguised to look like something else. If he did have issues in this regard and messed with the wrong kid, it isn't as if something like that can be ruled out until we know more.
Here is another thing which can not be ruled out:

It can not be proven, but one might be tempted to speculate that Dan Riehl is a Satan-worshiping child murderer who sacrifices children on his Satanic altar, then drinks their blood under a full moon.
Now, I'm not saying that Dan Riehl actually is a murderer and a Satanist, I'm just saying that since I really don't know anything about Dan Riehl, I can only speculate.