I don't even know what day it is right now. I've been working the overnight shift the last couple weeks and my internal clock is all messed up (hence my spotty posting lately)

Just to be on the safe side, cats: 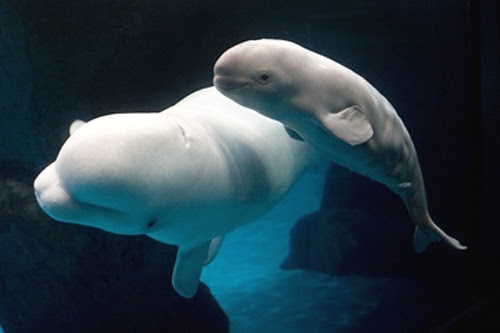 There, I should be covered either way.
Posted by Professor Chaos at 7:18 AM 1 comment:

New Hampshire has Idiots in Positions of Responsibility Too.

Apparently, some lawmakers in New Hampshire think it ought to be a bit more difficult to arrest a man for domestic violence.
(via the Concord Monitor)


House Bill 1581 would turn the clock back 40 years to an age when a police officer could not make an arrest in a domestic violence case without first getting a warrant unless he or she actually witnessed the crime.

So, a cop shows up at the house, sees the wife with a black eye and the husband with bruised knuckles, he can't just go around making arrests willy-nilly. He's got to leave the scene, leave the victim there with her abuser, go find a judge, swear out a warrant and come back to make the arrest? And that seems reasonable to whatever psycho wrote this bill?
And that psycho would be one Representative Daniel Itse, who proudly proclaims on his website that he:

Apparently, for Mr. Itse, "families" does not include "wives." Because they would not really be protected so much under his bill.

Of course, Mr. Itse has family values. His website has a list of some of his core values:

Dan’s core beliefs by which he will represent Rockingham District 9 are as follows:
1. Self-government (self-control and personal responsibility) is the foundation of our constitutional republic.
2. My first job as a State Representative is to protect you [sic]rights from the government.
(emphasis in original)

Including your right to not be protected from domestic abuse.
Then there's also HB1608:

House Bill 1608 would also almost certainly cost lives. It removes judicial discretion by severely restricting when someone who has violated a domestic violence protective order can be arrested to three offenses: committing an act of abuse or an offense against the person named in the protective order, or engaging in prohibited contact.
The bill would also, law enforcement believes, remove a judge's ability to order a defendant in a domestic violence case to relinquish weapons or prevent him or her from purchasing a gun. It would also eliminate law enforcement's ability to arrest a defendant who threatens to use physical force against a victim or her children. All are changes that could have deadly consequences and make life more frightening for abuse victims and their families.

The psycho who introduced this bill is one Mr. Skip Reilly, about whom I couldn't really find out very much, he doesn't seem to have a website. So I'm going to go ahead and assume that this is a fair depiction:

Update: Bill 1608 was rejected in committee, due partly to the fact that bill sponsor Skip Reilly failed to show up for the hearing. (http://www.wmur.com/r/30295720/detail.html)

Me no have alarm clock!
Posted by Professor Chaos at 7:07 AM No comments: