You know, I could see naming Ms Palin "achiever of the year" for whatever year she won the gubernatorial race in Alaska. That was quite an achievement for an empty-headed, spite-fueled mayor of  methtown.  But 2014? What the hell did she achieve in 2014?

Well, she did manage to go the entire year without having another baby. Or grandbaby. So that's something.

And she was handed yet another "reality" show by the lib'rul lamestream media, although it is on a channel no one watches and she looks to be one of three "hosts" even though her name is above the title. So I guess having name enough name recognition that a huntin' & fishin' channel will pay you to try to drum up some interest in some piece of crap show is sort of an accomplishment?

And I think that there was that one time she managed to form a coherent sentence.

Also, she finally dislodged that piece of popcorn from between her teeth. She found her car keys.  She did a load of laundry in which all the socks matched up.

She remembered to wear her underwear on the inside. 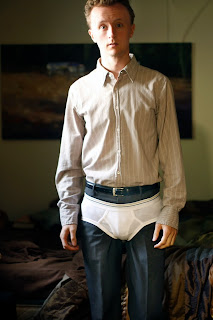 Some folks still haven't got the hang of it!

But let's just see what accomplishments she's actually being honored for.


It would be the height of churlishness for even the most inveterate leftist to deny the import of someone who made Time magazine's "100 Most Influential People" list, and then the Smithsonian Institution's "100 Most Significant Americans Of All Time" list.  Both affirmations were earned by former Alaska governor and vice-presidential candidate Sarah Palin.


What the fuck? Most significant Americans of all time? She made the top 100? She's on a list that presumably includes George Washington, Martin Luther King Jr, Henry Ford and Joan Jett? What the hell is wrong with the Smithsonian?

Okay, among the first three names listed are a Brit and two Italians, at least one of whom never set foot in America.


So, I'm not sure that I'm going to give this list all that much weight.

Especially since this list does not include Cesar Chavez,  Woody Guthrie, Miles Davis, Mario Savio, Orson Welles, or Gloria Steinem.

Also, the traitors Benedict Arnold and Robert E. Lee made the cut, so inclusion on this list is not necessarily a compliment. Seriously, Lucky Luciano, John Wilkes Booth and Charles fucking Manson all made the list.

So, anyway, I'm not sure that making this list really makes you that much of an "achiever."

To then accept Governor Palin as "American Achiever of the Year 2014" would be for most, if not all on the left (and to be fair, many in the GOP) no doubt a bridge too far.


Well, no, it would just be silly. Let's not get all dramatic.

Palin achieved what such luminaries as President Obama did not: a place in the Smithsonian's prestigious "Most Significant" list.

After being written off by many in the media, and especially the left, as "irrelevant" and predicted by MSNBC's Krystal Ball as "not going to have an effect on the [2014] midterms," Palin's record of success of her endorsed candidates was nothing short of phenomenal. Governor Palin endorsed 22 candidates for various offices during the midterm finals, including senators, governors, lieutenant governors, congressmen, and attorneys general.  Of those so endorsed, an incredible 20 were elected

Oh. And we're pretending that she had something to do with their success, is that it? She endorsed a bunch of Republicans in an off-year election in which Republicans won handily with extremely low turnout. So ipso facto, they won because of her. Obviously.  I mean, it's not like anyone else was endorsing these candidates, right?

Also, I think maybe it was these candidates who achieved something more than the person who "endorsed" them. I mean, it's like making me sportsman of the year because I rooted for the Giants and they won the World Series.

Dammit, that shoulda been me!

Beyond the success of her endorsed candidates lies a much deeper reason for Palin being seen as "Achiever of the Year": those Palin endorsed in their respective primaries who then went on to win the general election battles.  As in the past with, among others, senators Ted Cruz, Kelly Ayotte, and Deb Fischer, and Governor Nikki Haley, who owe their elections in their primary campaigns to Palin's endorsement at a critical juncture, so too could new senators Ben Sasse and Joni Ernst, and new Alaska governor Bill Walker (and, remarkably, his Democrat lieutenant governor Byron Mallott) be considered to owe all or a substantial part of their nominations to Palin's endorsement.


Really? Do you have any evidence that any of these politicians were helped by Palin's endorsement? Seriously, do you think the voters in these awful states were thinking, I'm not going to vote for this extremist right-wing nutjob. . .oh, wait. Palin's endorsing her? Well, the hog-castrator's got my vote!
You really think anything like that happened? Do you have any polling data to back that up? Any evidence at all?

For all her detractors’ cries of "irrelevance" and "she's just a reality show entertainer" (those two being among the nicer epithets), Palin goes on, election cycle after election cycle, populating Congress with her endorsed candidates in a cost-effective manner, and in such numbers that the likes of Karl Rove with his 1% success rate can surely view only with hidden admiration, if not downright envy.

Wow. Okay, I'll give you that one. She's more relevant than Rove. Jeezus, who isn't these days?

In what is perhaps the most interesting aspect of Palin’s year of achievement, in instance after instance where Palin was ridiculed for a straightforward statement (e.g., "death panels" or the true history of Paul Revere), her most strident critics have agreed, in whole or in part, with her views.

But, hey, you want to make her your "achiever" of the year? Go right ahead. It's no skin off my nose. Just know that everyone who reads your column is going to be laughing at you.

a
Posted by Professor Chaos at 8:02 PM 4 comments: