Check out Maureen Dowd's brilliant analysis of the Trump campaign so far.


Trump in the Dumps 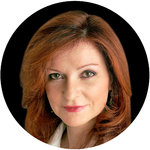 
Here is the first line of her column:


So, yeah. Why bother having any kind of credibility or professionalism. I've made up my mind that I'm going to support this ludicrous joke of a candidate, so if he refuses to stop being horrible, I'll just have to shift my own sensibilities to be able to justify my support of a monstrous clown. It's called integrity, people. Look it up!

Or, to be fair, maybe she's saying that Trump's refusal to act like a respectable human being now that the GOP horror show is over is making her consider "pivoting" away from supporting him? Which isn't really much better. I mean saying, I was going to support this racist, misogynist self-absorbed oaf because  I thought he was going to start pretending to not be racist, misogynistic and oafish doesn't really speak well for you either.

Benign? I think you'd maybe have to ask all the people who were thrown out of affordable apartments so that Trump could convert their buildings into expensive condos how "benign" Donald is. Or maybe ask some of the contractors he stiffed or the creditors he left holding the bag when his various scams developments went belly-up how "benign" they consider him.

Having seen Donald Trump as a braggadocious but benign celebrity in New York for decades, I did not regard him as the apotheosis of evil. He seemed more like a toon, a cocky huckster swanning around Gotham with a statuesque woman on his arm and skyscrapers stamped with his brand. I certainly never would have predicted that the Trump name would be uttered in the same breath as Hitler, Mussolini and scary menace, even on such pop culture staples as “The Bachelorette.”

"Scary Menace?" you couldn't think of one more name of an actual scary menace from history to round out your list? You went "hmm, Hitler, Mussolini. . . oh who knows? There probably aren't any more?" You couldn't pull out Pinochet? Or Stalin? Or Franco? Scary menace? That's pretty lazy writing for someone whose work is inexplicably syndicated nationwide.


Trump jumped into the race with an eruption of bigotry, ranting about Mexican rapists and a Muslim ban.

But privately, he assured people that these were merely opening bids in the negotiation;

Oh. Okay, then. He opens the negotiations with "Mexicans are rapists" and then maybe bargains down to "most Mexicans are sexual assaulters?" His opening offer is to deport all Muslims, but he's maybe willing to settle for "except Kareem Abdul Jabbar?"

How is that better? Is it supposed to be that he's not really a horrible bigot, he's just pandering to horrible bigots? Or is it that sure, he's a bigot, but not nearly as much as he pretends to be. He's just trying to negotiate an acceptable level of bigotry? Who negotiates biogotry? How is there a negotiation? It doesn't even make sense.

He yearned to be compared to Ronald Reagan, a former TV star who overcame a reputation for bellicosity and racial dog whistles to become the most beloved Republican president of modern times.


Well, he didn't so much overcome those things as the media and our society decided to ignore and gloss over them

Trump was applying his business cunning, Twitter snarkiness and bendy relationship with the truth to his new role as a Republican pol.


When Trump pulled back the curtain on how Washington Republicans had been stringing their voters along for years with bold promises, like repealing Obamacare, that they knew had no chance, it was a rare opportunity to see them called out.


Yeas, he called them out for making unrealistic promises. Not at all like his totally reasonable proposal to build a giant wall and make a foreign nation pay for it somehow.


His obnoxious use of ethnicity only exposed the fact that Republicans had been using bigotry against minorities and gays to whip up voters for decades.

You know, he's not a performance artist. He actually is a bigot. He's not doing a Stephen Colbert-type parody of Republican bigotry. This is who he is.

The G.O.P. would love to drop Trump now because it prefers a candidate in the party’s more subtle racist traditions.

Um, the GOP would like to dump Trump because he is going to lose spectacularly to an unpopular Democratic opponent. They would nominate George Wallace in a Klan robe if he out-polled Hillary.

The neocons calling Trump a fascist would certainly prefer a more militaristic candidate.


Yes, because who is less militaristic than a fascist? They're practically Quakers!

then there's some blah blah blah, so skipping ahead. . .


He has made some fair points.

He has made some fair points. A lot of our allies do take advantage of us. Our trade deals have left swaths of America devastated.

What? Large swaths of America have been devastated by American companies gleefully shipping good jobs to low-wage hellholes. They didn't need trade deals to do that. No CEO was sitting around saying "Gawd, I would love to move production to Bangladesh, if only Congress would hurry up and approve NAFTA!"

It's not our allies that are taking advantage of us. It's corporate America happily screrwing over the American workers. You think Trump is gonna change that?


And it was a positive move to propose a meeting with the N.R.A. on gun control for people on the terrorist watch list.

NO!!! NO, that's not a positive move. Further legitimizing the NRA's stranglehold on our nation's gun policies is NOT a positive move. Bobby Kennedy did not call a meeting with the 5 families to discuss whether they might give him permission to crack down on organized crime. You don't ask the root of the problem to consider allowing you to try to fix the problem. All you're doing is confirming that they are the ones in control and you're willing to kiss their ring and pretend like this isn't a tragic travesty. You might as well meet with NAMBLA to discuss what the penalties for child molestation should be. The word you're looking for is not "positive." It's "pathetic."

But his fair points are getting outnumbered by egregious statements and nutty insinuations, like suggesting that President Obama is tolerant of ISIS attacks, an echo of the kooky birther campaign that he led, suggesting that Obama wasn’t qualified to be president.

Now Trump’s own behavior is casting serious doubt on whether he’s qualified to be president.

Really. Ya think? Ya think this buffoon might possibly not be qualified for the highest office in the land? Are ya startin' to think that maybe, just maybe this boorish clod might not be the best choice to lead our nation? Really? Are you sure?