I'm willing to accept the lamb speaking to the shepherd boy about something the night wind told him, I just assume the little shepherd boy found some unusual mushrooms to snack on. The real problem comes in verse 3:


Okay, there is no way this little fucking peasant boy is getting in to see the mighty king.
Do you know how many layers of security you'd have to get through to see a mighty king? It's not like crashing a state dinner at the White House. And then you do somehow get an audience with the king, and you're going to pull that smartass Cindy Brady "I know something you don't know" routine? You're pulling that shit with the fucking king? I don't think so.

Then the shepherd boy finally tells the king what he came there to tell him:

Silver and Gold? Silver and Gold? The baby is shivering in the cold, bring him a freakin blankie! A little hat. A tiny Snuggie! What is he going to do with silver and gold? Sure, tomorrow he could maybe buy a blankie, but it's the middle of the night and Wal-Mart hasn't been invented yet, so there is nowhere to buy anything until at least tomorrow. And tomorrow Wal-Mart will be closed, because it'll be Christmas Day!

I'm willing to overlook lines like "kids Jingle-belling" And "There'll be much mistletoe-ing" because I know it can be hard to find rhymes for words like "telling" and "glowing" but what I can not understand is the line:

There'll be scary ghost stories
And tales of the glories
Of Christmases long, long ago

Who tells scary ghost stories at Christmas? What kind of family did this person grow up with? No one sits around the Christmas tree sipping eggnog and "hanging from the door was a BLOODY HOOK!!!!!!!"

And there are what, like a hundred different recordings of this song and No one has ever thought "yeah, let's replace that line."
How about "We'll have veal cacciatore"
Or "There'll be several Hugh Lauries"
Or "There'll be rocks from the quarries"
Or "We'll have large inventories."
Or " We'll vote out the Torries"
I don't know, but there has to be something better than "scary ghost stories" 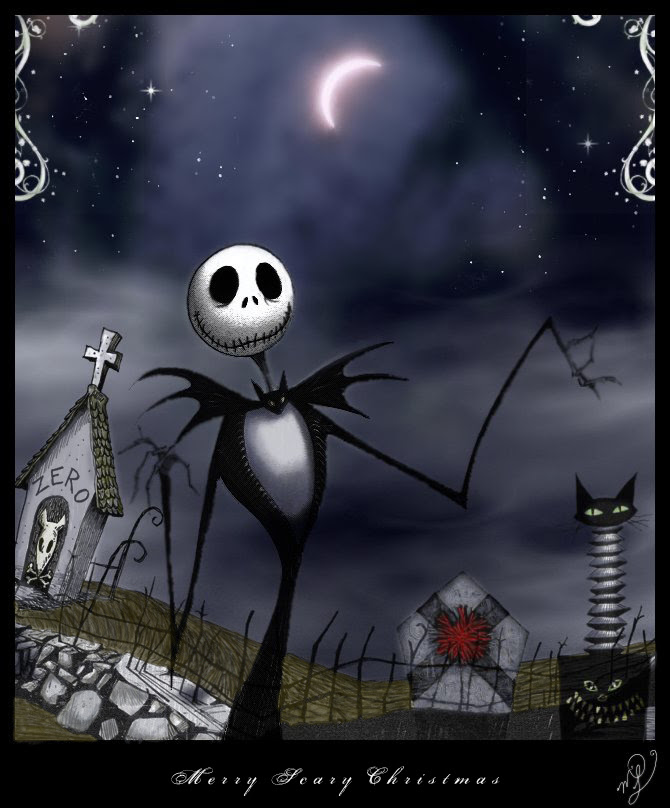 He doesn't care if you're a rich or poor,
He loves you just the same.

That is such a blatant lie that it barely merits discussion. Of course Santa cares if you're rich or poor. Santa brings more and better gifts to the rich kids, everyone knows that. Interestingly, this line does not exist in Gene Autrey's original song. It was added to the Elvis Presley version for some reason.

Merry Christmas to all and to all a good night.
Posted by Professor Chaos at 9:04 PM

In regard to the raggedy, humble shepherd boy talking to the mighty king, let's split some hairs here: according to the song, he doesn't "get in" to see the king, he gives him a shout-out when he glimpses the king taking the night air and sticking his nose out of the castle wall. This is sort of possible, although given the bloodthirsty nature of biblical monarchs the king might have reacted badly, I'll admit...