Colorado high school senior Sydney Spies and her mother are fighting for her rights. Apparently her high school administration is being totally repressive and totally like, violating her rights and stuff.

There's a bus. Just like Rosa Parks!
Yes she and her mother are out there fighting for freedom of the press and freedom of expression and really, just freedom in general.
So, what was the initial provocation, the violation of this young woman's rights which prodded her into taking a stand and saying "no more?"

Yes. The administration decided it would not put this picture in the school yearbook: 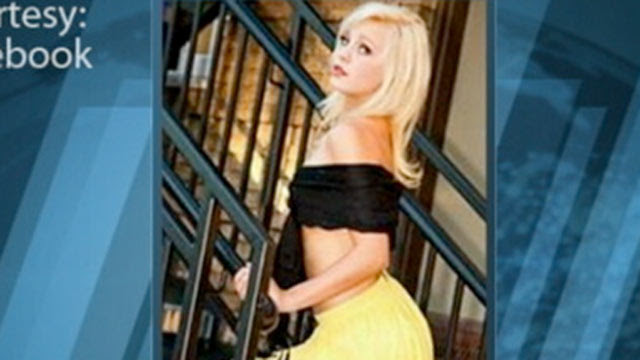 Colorado Student Banned from Yearbook Over Racy Photo (ABC News)
Just because it looks like the cover of High School Lolitas IV.

“I feel like they aren’t allowing me to have my freedom of expression,” Spies told the Herald.  ”I think the administration is wrong in this situation, and I don’t want this to happen to other people.”

Other people. She selflessly thinks of other people at a time like this! Because if it can happen to her, what's to stop them from doing it to you? First they came for the hot chick, and I said nothing for I was neither hot nor a chick. . . 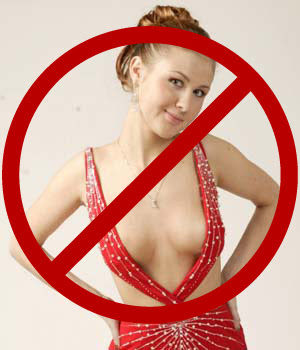 Next thing you know, You won't be able to wear this dress to the prom!
Fortunately, she is not alone in this fight.

Spies was joined by her mother, Miki Spies, and a handful of fellow Durango High students and alumni in a protest outside the school Wednesday after, she said, administrators informed her the photo would not be permitted because it violated dress code.

Seriously? That's the mother's reaction? Not "put a shirt on, dear." or "let me explain why that sort of picture is inappropriate." No, her mother's reaction is to take time away from whatever she normally does all day to come down to the school to demand her daughter's right to portray herself as eye-candy. Watch out, Dina Lohan, there's a new candidate for mother of the century!

Prior to today’s meeting, the Spies family told local media they planned to meet with a civil lawyer in Denver to review their daughter’s case.

A lawyer. They're going meet with a layer over this issue.
This generation has no future.
Posted by Professor Chaos at 5:52 PM

I saw this story in the news! Very funny! I think your sarcasm is justified, although I think the school and the students/parents ought to be able to sit down and work it out. A big to-do about nothing when there are real problems in the world...and the GOP is going to run a complete numbskull as their candidate (doesn't matter much which one)!

Oh, yes, there are other things, too: Global warming; unending war; an ongoing recession/depression; unbridled corporate greed; political parties controlled completed by the oligarchs; crazy fundamentalist Christians trying to take over the government on a national and state level - and they've been pretty successful so far; etc., etc.

Hello ignorant little chickie. So glad you were thinking about others when attempting for force your tender little T&A into the yearbook. Why don't you think instead about the women who have fought for you and other girls in previous generations. The right to vote has been brought to you by courageous women. You have every right to stand on the street corner and sell your body (well, actually that is illegal, but perhaps you should do it), but the rest of us females DO NOT appreciate your attempt to "liberate" the impressionable girls of your generation. Now, shut the hell up and put on some clothes. And stand up straight -- not like your waiting for some man to spank your teenage butt.